Updates to my late grandparents garden

Anyone who knows me or has been following my blog for a year will know that 2016 was mainly spent  organising my late grandparents house being updated and the garden completely relandscaped ready to rent out.

Here is a link to the ‘before and after’ blog post about The relandscaping of the garden .

Nearly a year on and the tenants have movdc out and we’ve got a little time to get the house ready again for some new tenants. The grass was pretty well looked after apart from many places the dog weed on! They have reseeded many of the areas and it is growing back fairly well. However, the flower borders were full of weeds some of which I’ve never seen before and a number of plants have died.

One of the saddest plants I’ve lost is the Euonymus which was in my late grandparents garden before all the work was done and I had transplanted in the new garden.

Anyway, here are a few pictures of what is growing there at the moment and my fantastic weed (first picture – at least I think it’s a weed or it’s loosestrife but it’s gone now) with my fancy garden wellies.

Evening primrose that I didn’t plant but looks quite pretty so I’ve left it there. 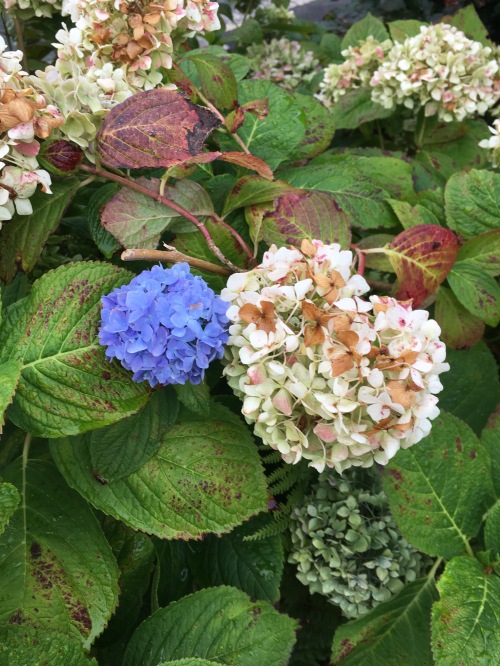 Golden Rod – cutting from our garden but much taller than mine at home! 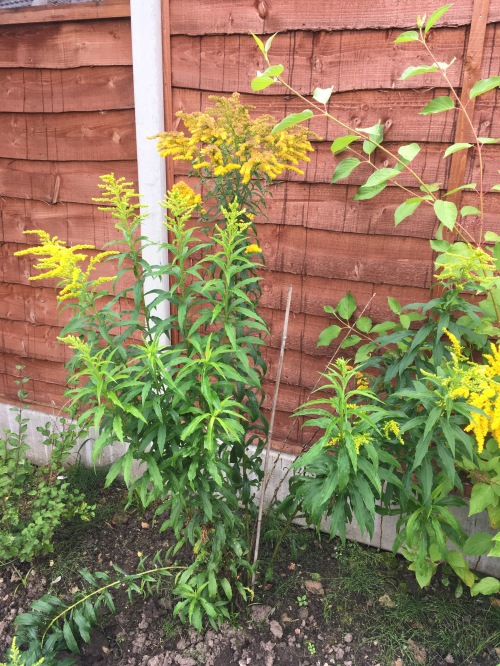 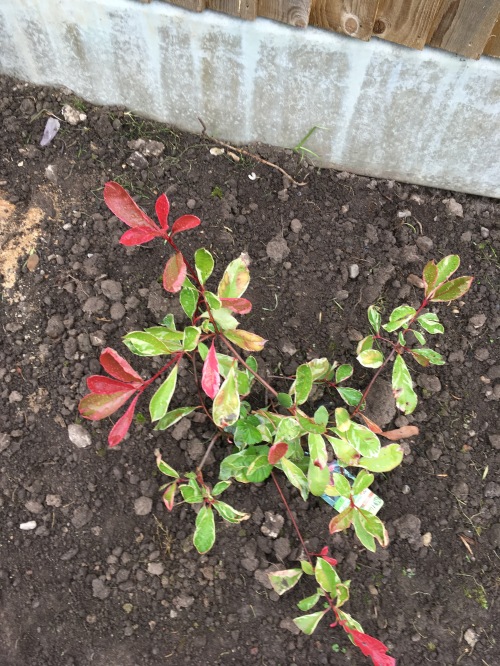 The brightest plant in the garden – potentilla but a shrub variety