Just a quick blog to show what is newly flowering in my garden this week. 2 of my poppies which are one of my favourite of the cottage garden type plants, a lupin and an azalea. I do have a lupin in another part of the garden but it had been savaged by white fly! I have sprayed it and it looks happier but no flowers yet.

I have moved the plants that were overwintering in the greenhouse outside this week including my lovely dark leaved dahlias, 4/5 have survived!

Just some pictures for you now as explained above. Enjoy watching RHS Chelsea if you are watching. I would love to go one day! 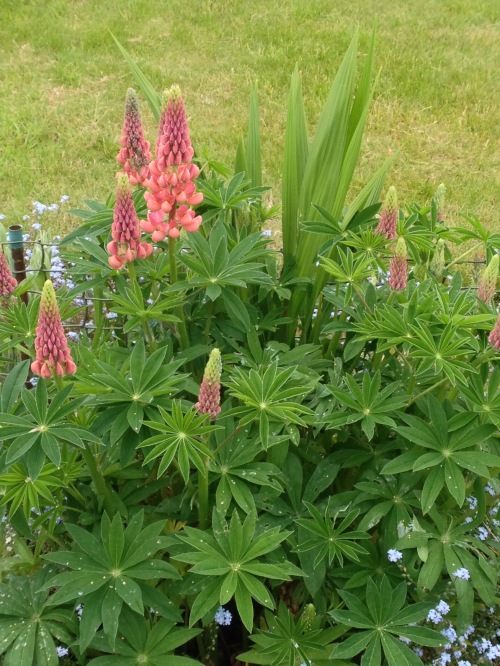 May in my garden

This seems to have unintentionally become a monthly feature of my blog where I challenge myself to find something in flower in my garden that I haven’t posted about previously. At this time of year that is fairly easy as new things are growing and flowering weekly, in winter its a little more difficult.

I have today, planted out my sweetpeas sown from seed direct into the garden. I have only ever grown them in pots before so it will be interesting to see the difference. I have also surrounded them with slug killer (sorry to any slug lovers out there – you are welcome to mine any time you like)!

I have also fed my potted plants and dianthus for the first time this year. I am notoriously bad at feeding plants as much as I love gardening.

So here is my offering of whats in flower today in my garden. 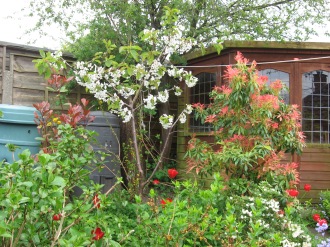 Today, we’ve been to Rode Hall in Stoke on Trent again to see the bluebells. It was a warm and sunny day today and so it was a lovely outing. The bluebells are so pretty as are the tulips (one of my favourite bulbs) and daffodils.

I hope you like my pictures mostly of bluebells but some of other pretty flowers too.

I start my blog once again with an apology, I had intended to write this post on bank holiday Monday but it was too cold and wet for any gardening so I did some decorating instead.

I have just come in from spreading used coffee grounds on the garden. It is good for the soil and I had hoped a deterrent to slugs and cats, however, I found a slug on the stuff and cats are still messing in that area. Oh well, it smells good and I can’t drink caffeine so it’s my fix! We get a bag a week from a local supermarket.

My seeds in the greenhouse are mostly coming on well with the exception of the cosmos who also didn’t fair too well in the propagator. I have sown some more this morning and not giving up just yet.

Today’s pictures are of 2 pots flowering in the greenhouse where they have been overwintering for months waiting for the last frost before they come out, maybe in the next few weeks. The first an alstroemeria that I got last year and the second gentian, a mini phlox and pelargonium not yet in flower.