Late September colour in the garden

Here is what is currently flowering/ has pretty stems in my garden.

The first picture is of a helenium, in fact there are 2 the same next to each other in what I call the long border (my inspiration is Arley Hall in Northwich and I’m hoping to take my friend next week whose never been). They are new and the first time I’ve tried to grow these plants. I hope they do well for us, the colour is one I love to see in gardens. They have replaced a white daisy which goes mad.

A Euphorbia with lovely red stems. Monty on BBC Gardeners world told us to cut the flower stems down on Friday but actually I think they look nicer now than when flowering!

This bulb is all over our garden no matter how much we try to dig it out! White sweetpeas in the background are above ready to be composted now but have been lovely. 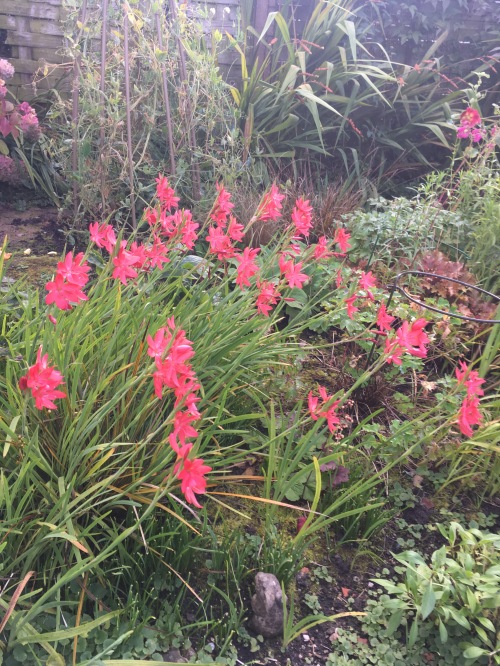 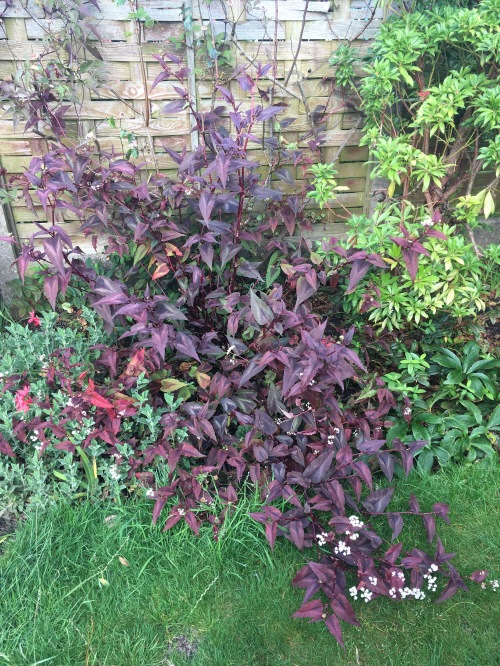 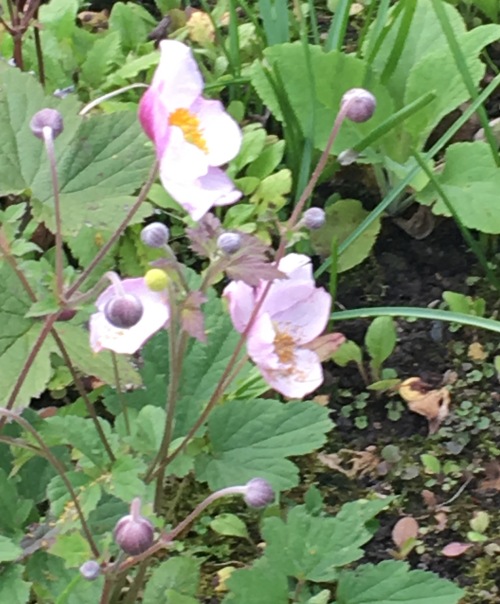 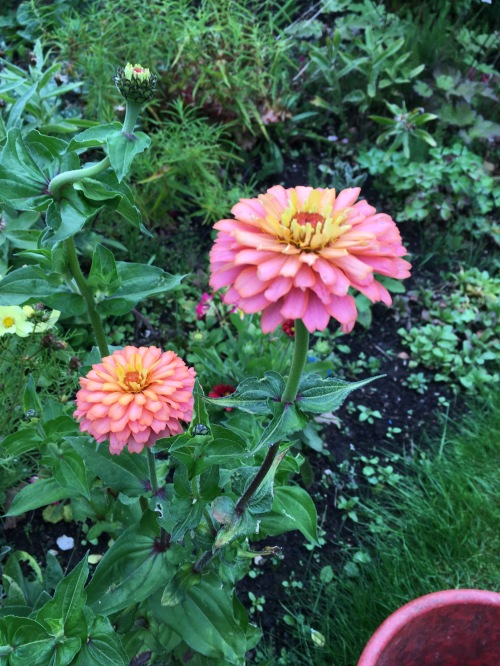 The cornflowers have been mostly good but have faded quickly maybe due to lack of deadheading? Foxglove plants look good but won’t flower til next year.

Sweetpeas bought as little plants from the greenhouse. The ones in pots grew very quickly but have quickly slowed down in flowering whereas the ones in the ground were slow to grow but are still flowering happily and have less mildew than container grown plants. I have a few pink flowers on plants which are supposed to be white, but that seems a common theme in my planting this year, see previous blog anomalies. There has also been mixed success with my wigwam support frames

Bedding bought from garden centre – stocks have flowered once and died quickly. Antirhiumms flowered ok and eventually had a second flush. Dianthus are flowering a second time now

Peranniel plants – lupins flowered well to begin with but have quickly stopped and become covered in aphids, the 2 potentilla and knautia haven’t flowered as much as usual. The crocosmia lucifer flowered well but has already finished. The roses are all doing well. The hydrangeas are also flowering well and clematis too. The honeysuckle was beautiful with a lovely scent. The Rudbeckia is doing very well and is largely ignored as it grows very well without. The foxgloves from last year were very pretty and lasted well.

Fruit – we had 3 tasty cherries. A few stawberries and blueberries (a new plant) and a huge amount of raspberries – 12lbs to be precise. The tomatoes have tasted lovely but plants look slightly strange and are largely forgotten about.

2 mini potatoes also came out of a strawberry container.

In general I think plants haven’t flowered as long this year maybe due to unusual weather conditions – warm early summer, but wet and sometimes cold just lately. I have been feeding the container plants, sweetpeas and some new plants fairly regularly. Do let me know your successes and failures.

We now have a new tenant for my late grandparents house so spent our last morning there finishing off the garden tidying and bulb planting.

Here is a picture of what I call a ‘grandpa-ism’. A ladder in the hedge to keep it growing inline. He was always making things rather than buying them and the garden was full of strange things buried here and there such as glass shelves, a tripod, old suitcase and a sink! 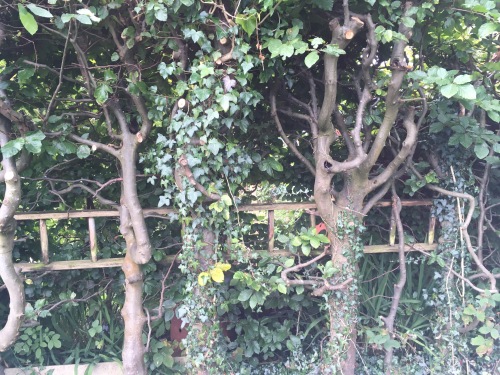 I haven’t spent much time in my own home garden for about 3 weeks now since my late grandparents house became empty and the garden needed seeing to and some house jobs too. This is nearly finished now and I managed to get 8 plants in this morning as it wasn’t raining (we’ve had torrential rain on and off here for a few days now) but the soil was sodden.

I have been leaving my garden stuff at the house to save me constantly transporting which is fine but I could have done with my garden wellies just now. We have plenty of everything else.

I decided to do a quick tidy up here as firstly it needed it to prepare for winter and I like to start early as I often don’t get finished and also we have been given weather warnings of severe gale force winds for tomorrow. Therefore I wanted to chop some things back to prevent wind rock.

As I was doing this I noticed a pretty pale pink Achillea in flower I wanted to show you.

Lastly a bit different to normal but I’ve been doing a 7 day photography nature challenge on Facebook, each day posting a picture and nominating a friend to do the same. I’ve been challenging myself to post pictures I haven’t previously included on my blog. Here is today’s from my late grandparents garden:

My friend gave me a pack of Peacock orchid bulbs for my birthday in February and the first one is now flowering- isn’t it pretty.

Also I noticed our autumn flowering crocus is now flowering. It’s a strange plant with flowers only at the moment and no leaves 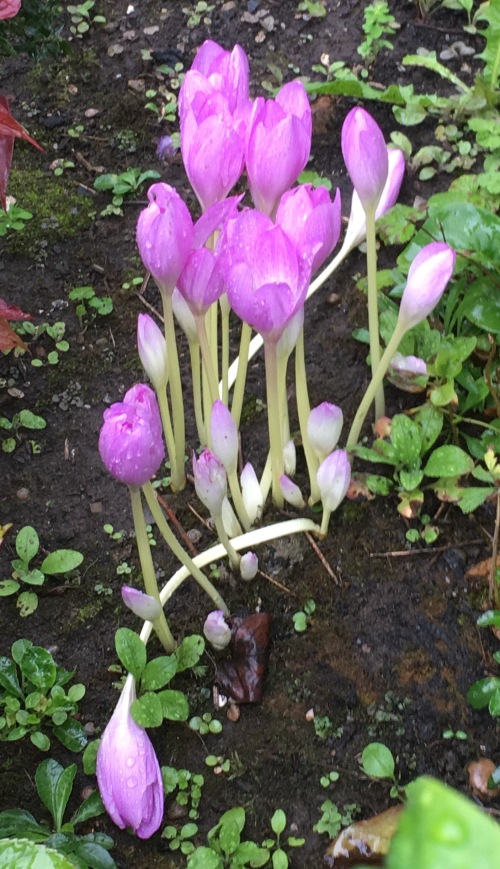 September 2017 in my garden

A new month and it’s definitely autumnal but I don’t mind. I think autumn is a pretty season of the year with leaves going orange, yellow and red.

I have a few plants currently in flower which I haven’t posted before . 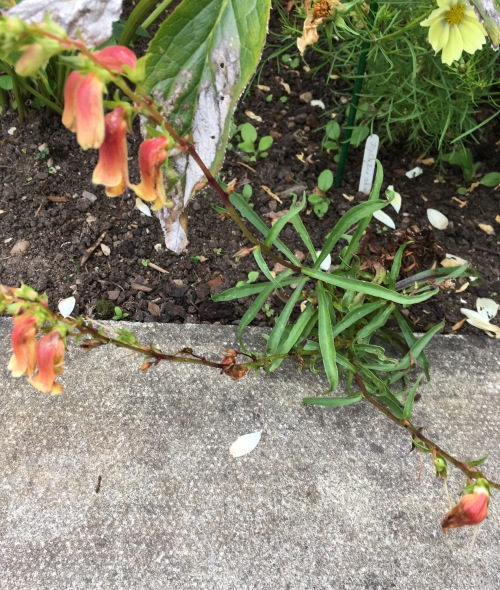 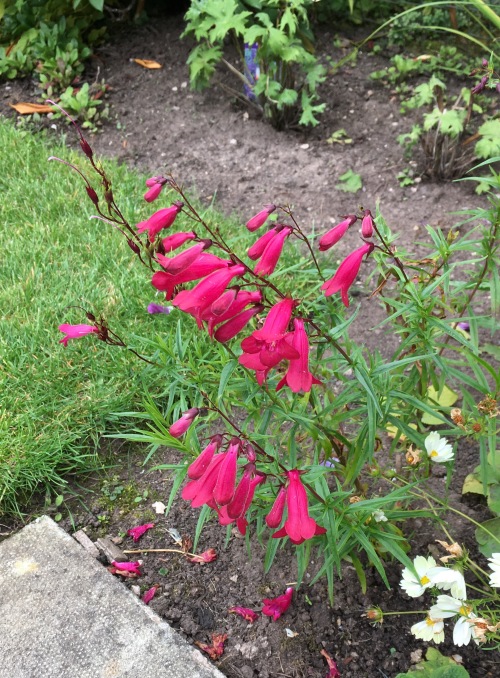