I start my blog once again with an apology, I had intended to write this post on bank holiday Monday but it was too cold and wet for any gardening so I did some decorating instead.

I have just come in from spreading used coffee grounds on the garden. It is good for the soil and I had hoped a deterrent to slugs and cats, however, I found a slug on the stuff and cats are still messing in that area. Oh well, it smells good and I can’t drink caffeine so it’s my fix! We get a bag a week from a local supermarket.

My seeds in the greenhouse are mostly coming on well with the exception of the cosmos who also didn’t fair too well in the propagator. I have sown some more this morning and not giving up just yet.

Today’s pictures are of 2 pots flowering in the greenhouse where they have been overwintering for months waiting for the last frost before they come out, maybe in the next few weeks. The first an alstroemeria that I got last year and the second gentian, a mini phlox and pelargonium not yet in flower. 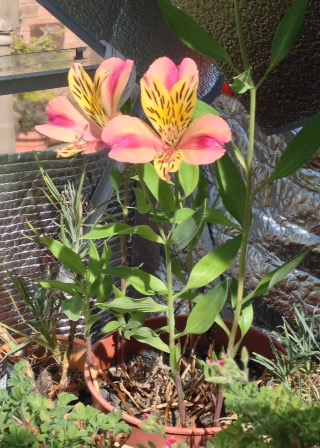 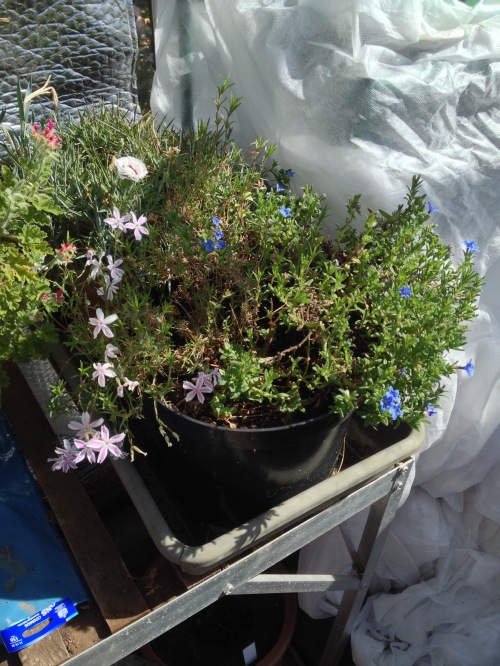